The Jews of Finland

The Jewish history of the country of Finland is somewhat confusing. For well over a thousand years the area we now call Finland was actually part of Sweden. Under the laws of the Kingdom of Sweden, the Jews were only allowed to live in three of the major towns, none of which were located within the area of modern day Finland. 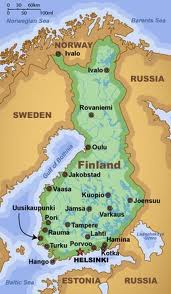 In 1809, during the Napoleonic Wars, Russia defeated Sweden, and Russia gained control of Finland and the Grand Duchy of Finland was established within the Russian Empire. Even though they were now under Russian rule, the Swedish constitution and legal system was maintained, thus the Jews were not allowed to settle within Finland.
Thus, the Jewish history of Finland truly began in the early part of the 19th century, because the Jewish soldiers who had served in the Russian army in Finland were allowed to stay in Finland after being discharged. A decree was issued in 1858, which allowed discharged soldiers and their families to stay in Finland, this decree was not based upon religion, so all were treated equally. In 1869, another decree provided guidance as to which occupations these soldiers could have. This included the Jewish soldiers.

In 1889, the government issued a decree that for the first time was almost entire addressed to the Jewish community. This decree put severe restrictions upon the Jews, such as not being able to work outside their own city, and even then having to work in the same restricted occupations. Children were only allowed to stay in Finland as long as they lived with their parents and only if they didn't marry. Also those Jews who lived in Finland and were drafted into the Russian Army were not allowed to return to Finland after their service.

The Jewish population of Finland in the 1880's and 1890's probably never exceeded more than 2,000 people. It was during this time that the Jews began to work for their independence. Finally, in 1917, Finland gained its independence and the Jewish community began to have rights, and for the first time Jews could become Finnish citizens.

From the time period after World War I up until the beginning of World War II, most of the Jews of Finland continued to work within the clothing and textile industries. As Jews began arriving from Russia, more and more attended university and started working in professions such as lawyers and doctors. After World War II, the Jews were entitle to all the rights of any citizen, they were truly Finnish. The majority of the Jewish population of modern day Finland, lives in three cities, Helsinki, Torku and Tampere, with vast majority in Helsinki. The majority of the Jews in Finland are Ashkenazic.
Posted by W. Todd Knowles at 2:24 PM

For a step by step guide to searching the Knowles Collection visit the following link; http://knowlescollection.blogspot.com/2021/02/accessing-knowles-collection.html