The Hoop Lane Cemetery, also known as the Golders Green Cemetery is located in the Borough of Barnet, in London. Hoop Lane, which had its first burial  in 1895, is a fascinating place to visit. The first thing that I noticed when I visited a few months ago, is that the cemetery has two distinct parts.

The eastern side of Hoop Lane is a very traditional Sephardic cemetery (above picture), where the gravestones are laid horizontal. The east side is used by the Spanish and Portuguese Jews' Congregation. The western part of the cemetery is maintained by the West London Synagogue, and it is a more traditional Askenazic cemetery, the stones being upright (below). 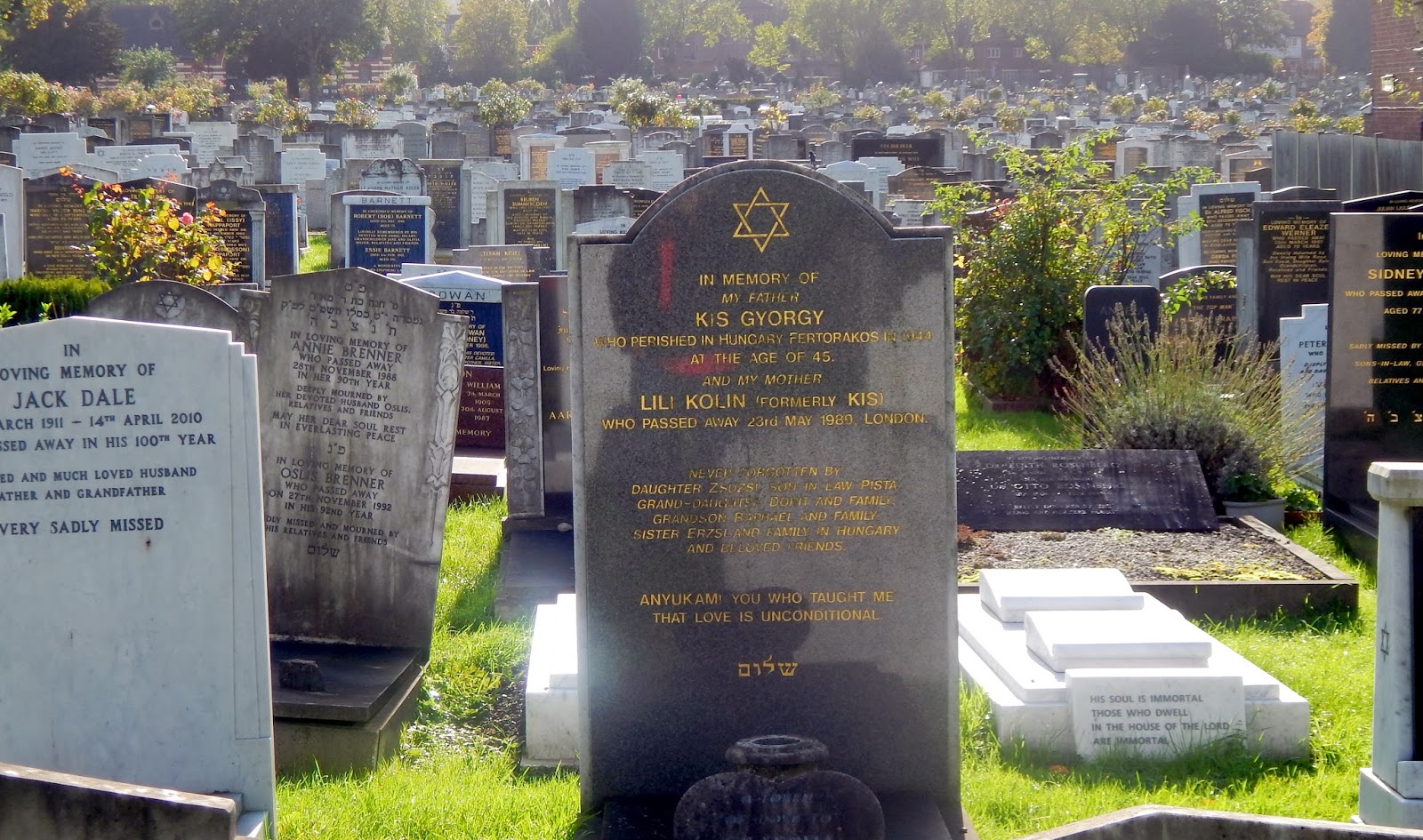 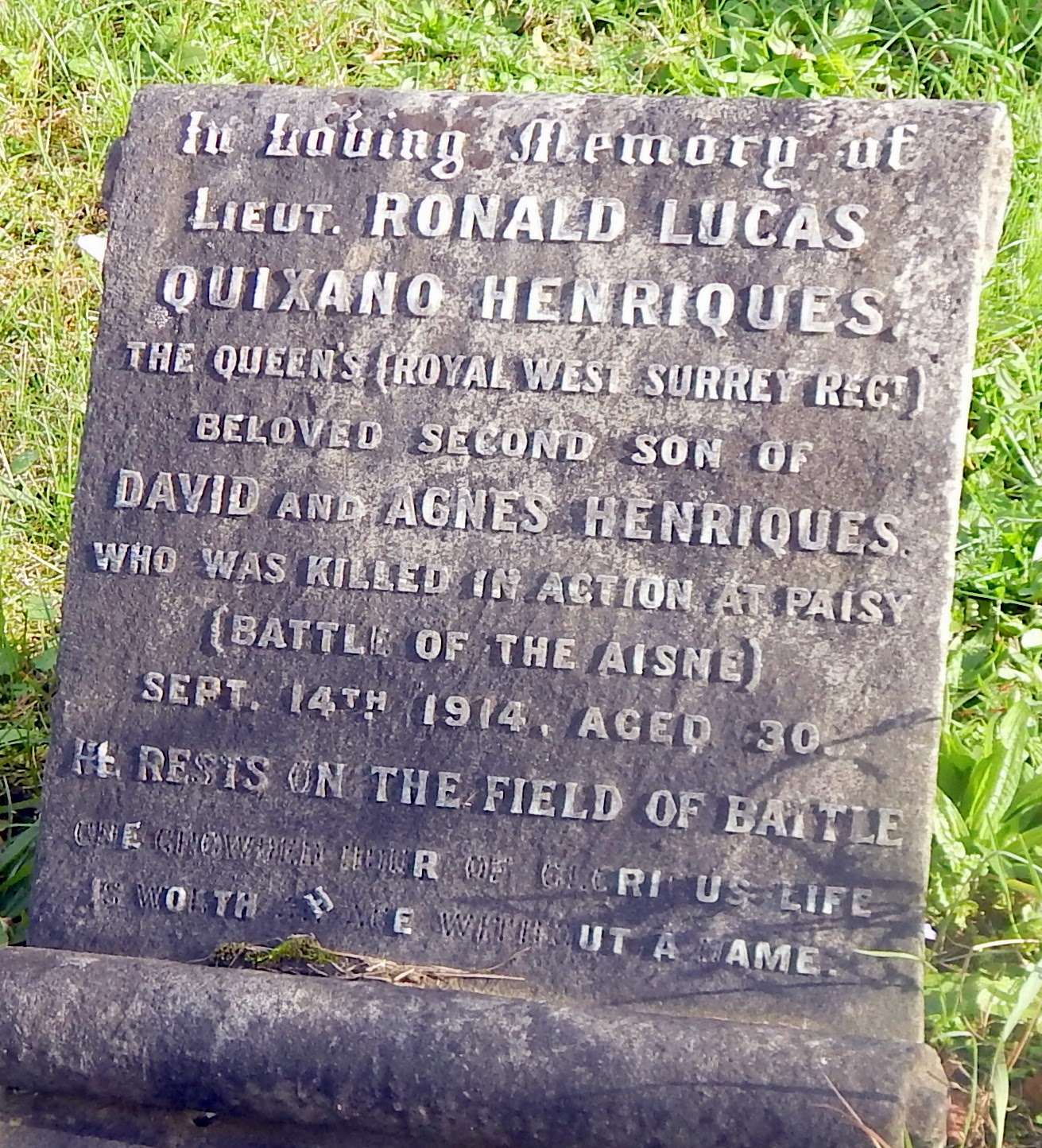 Regardless of which side you visit, its hard not to be in awe of the stories the stones tell. Our ancestors went through so much as they laid down the foundations for our own lives. For example, as with many cemeteries, Hoop Lane has a good number of remembrances for those who paid the ultimate price defending their country.  The stone pictured at the right, marks the death of Lieut. Ronald Lucas Quixano Henriques. who lost his life at the Battle of Aisne on September 14th, 1914. Even though he "Rests On The Field Of Battle", he is remembered here. Just a few stones away a brother is also remembered. We have so many who have died protecting us, may we never forget them. 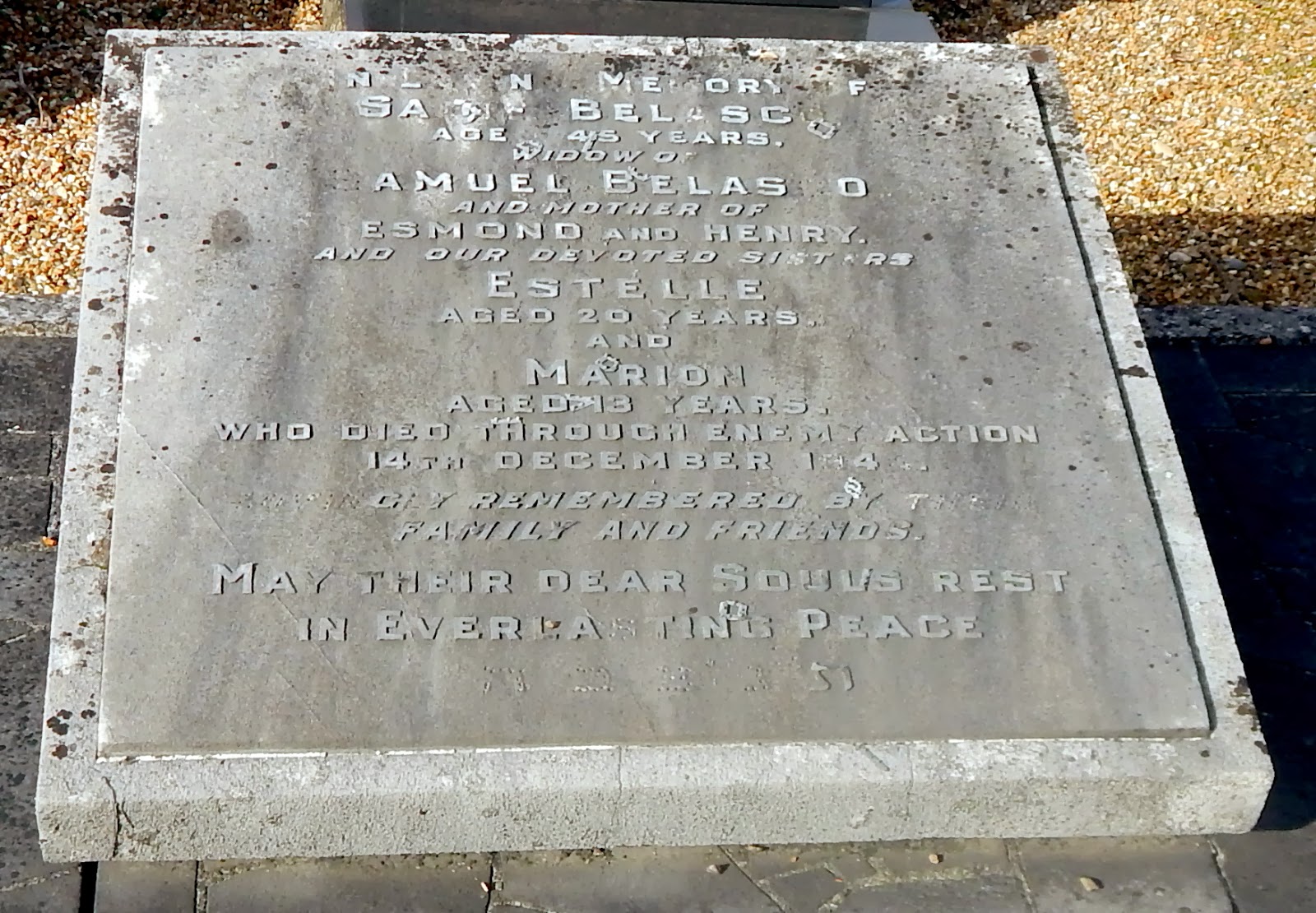 History, reminds us how many men and women have died serving their country, however not all who perish during wartime are members of the military. The stone at left marks the Belasco family, torn apart by enemy action on December 14th, 1944. The strength to carry on after 3 family members are lost is remarkable.

As I walked past one headstone, I couldn't help but stop and soon found myself lost in thought over the events of January 30, 1962 for the families of David and Betty (Jacobs) Goldberg. They had just celebrated a happy event, the marriage David and Betty. Shortly there after, the young couple, while on their honeymoon, died together. I do not know what happened, and reading it I had many emotions, however, I found great comfort in the line that reads "Forever together never to be parted". 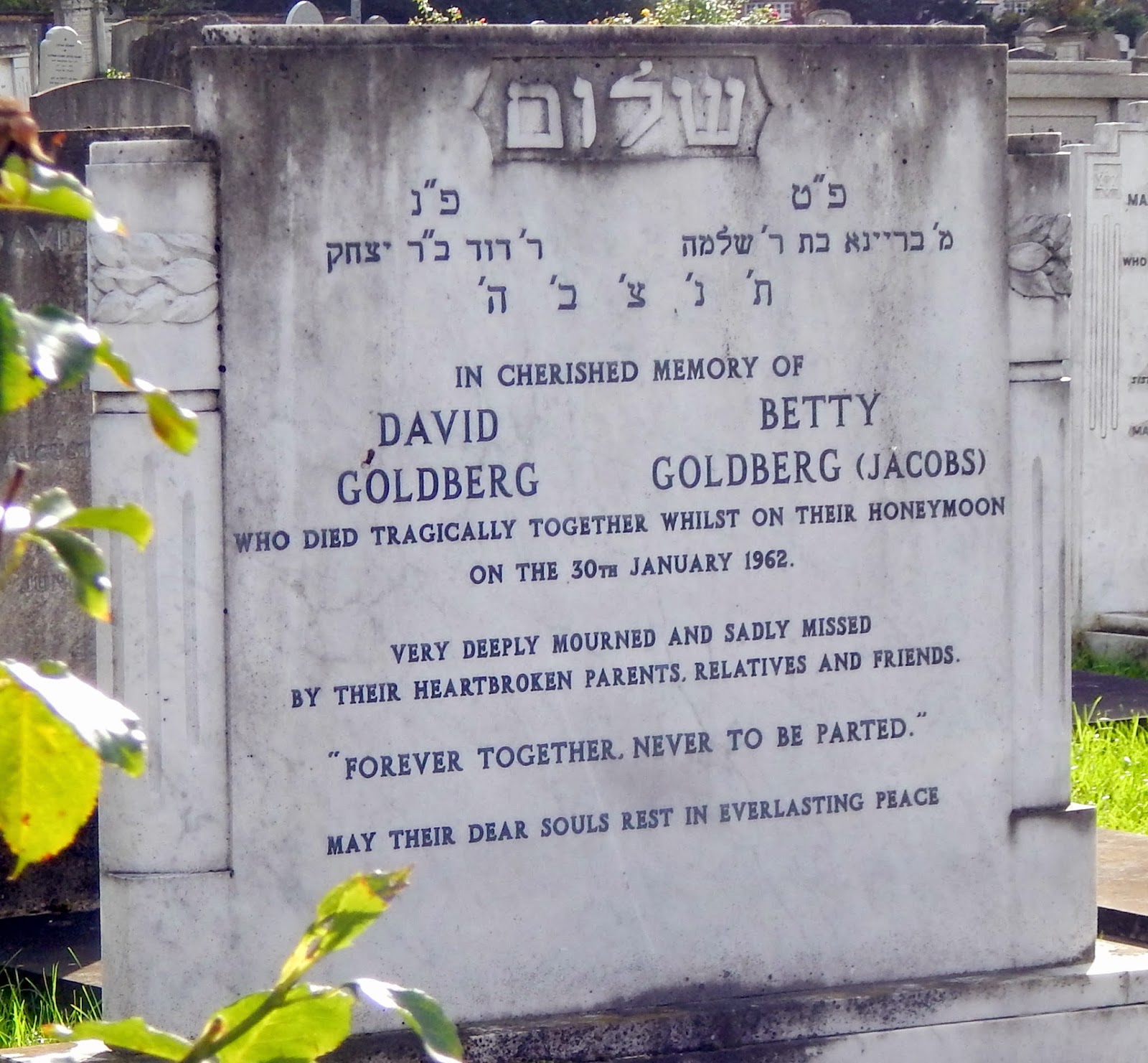 I am thankful for all those who have sacrificed so much. May they truly never be forgotten.

The information gathered from the stones has now been added to the Knowles Collection- Jews of the British Isles, and will be available after the next update, which will be very soon.