History of the Jews of France

In July of 2012, the annual conference of the International Association of Jewish Genealogical Societies (IAJGS) will be held in Paris, France. As was mentioned in a recent posting in this blog the conference already has a wonderful website that is available (www.paris2012.eu). With a Jewish population of around 500,000, France has the third largest Jewish population in the world, trailing only Israel and the United States. With the conference fast approaching, it seems like a great time to explore the history of the Jews of France. 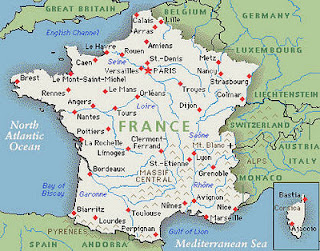 Some of the interesting facts about the Jewish history of France include;
Today, with a vibrant Jewish community in an absolutely beautiful city, the IAJGS conference promises to be a major success. I look forward to attending.
Posted by W. Todd Knowles at 1:58 PM